In our largely unchanging radio Universe, a highly dynamic component was recently discovered: flashes of bright radio emission that last only milliseconds but appear all over the sky. Some of these radio bursts can be traced to intermittently pulsating neutron stars. Other bursts however, apparently originate far outside our Galaxy. Due to great observational challenges, the evolution of the neutron stars is not understood, while more importantly, the nature of the extragalactic fast radio bursts remains an outright mystery.

Our overall aim is to understand the physics that drives both kinds of brief and luminous bursts. 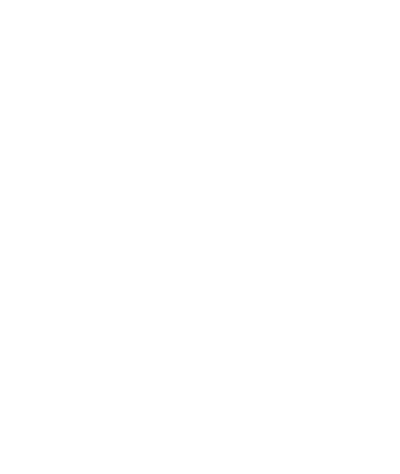 Our primary goal is to identify the highly compact astrophysical explosions powering the extragalactic fast radio bursts. We aim to provide arcsec positions in real-time, 10,000-fold more accurate than currently possible, to localize such extragalactic bursts for the first time and understand their origin. 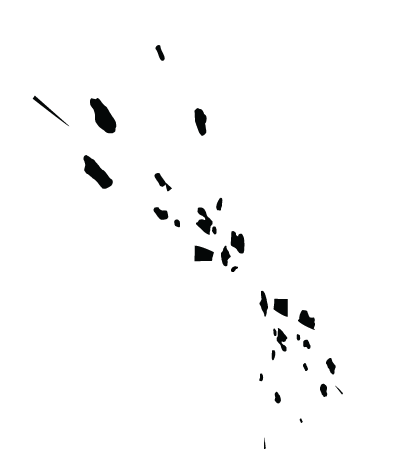 Our secondary goal is to unravel the unexplained evolution of intermittently pulsating neutron stars, by doubling their number and modeling their population.

To achieve these goals, we will carry out a highly innovative survey with Apertif, the revolutionary new front-end receivers for the Westerbork telescope. Through its novel, extremely wide field-of-view, Westerbork/Apertif will detect many tens of extragalactic bursts. A new back-end, the Apertif Radio Transient System (ARTS), will do the signal processing. Using that, ALERT is over an order of magnitude more sensitive than all current state-of-the art fast-transient surveys -- thus increasing by a factor of 10 the exploration volume for the bursts.

Through real-time triggers to LOFAR we next provide the precise localisation that is essential for radio, optical and high-energy follow-up to, for the first time, shed light on the physics and objects driving these bursts – evaporating primordial black holes; explosions in host galaxies; or, the unknown?

Joeri van Leeuwen leads ALERT. His interests span from instrument development, to the population and evolution of pulsars and transients, and coherent emission mechanisms. 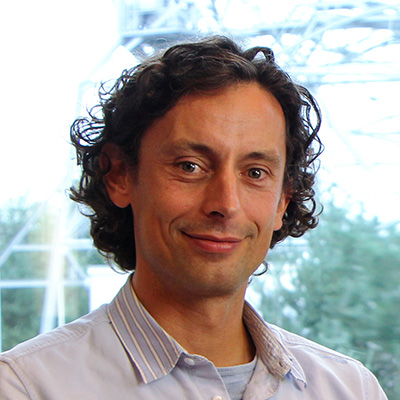 Jeanette Bast managed the initial building and installation of ARTS (the Apertif Radio Transient System), the back end for ALERT. 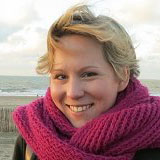 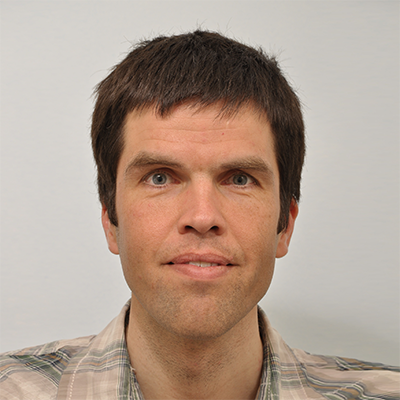 Samayra Straal is a PhD student at ASTRON/U. of Amsterdam. She works on targeted searches with LOFAR and Arecibo, and on the FRB search within ALERT. 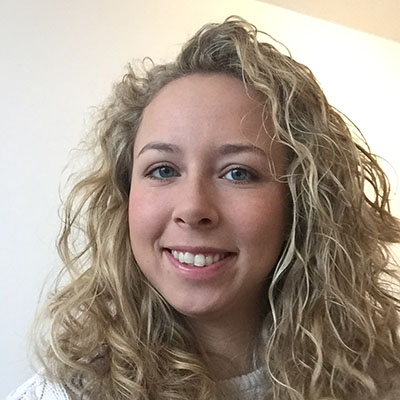 Roy Smits, post-doctoral fellow at ASTRON, was in charge of the pulsar-timing project within ALERT and ARTS. 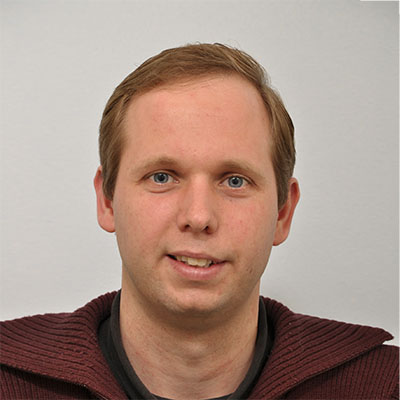 Klim Mikhailov, a PhD student at U. Amsterdam and ASTRON, works on pulsar searching and timing with LOFAR, Westerbork, and other radio telescopes. 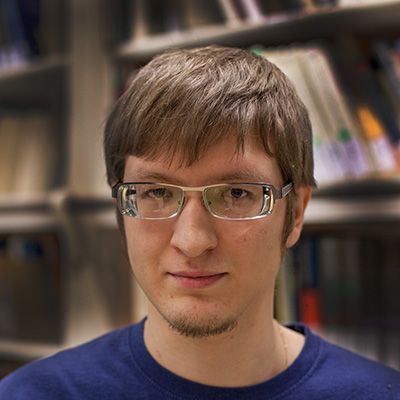 Alessio Sclocco is a Computer Scientist. He works on the GPU acceleration of the ALERT transient-detection pipeline. 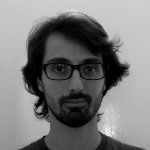 Annelotte Derkink, a BSc student at U. Twente and U. Amsterdam, worked on theory of an potential FRB source class. 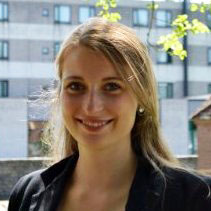 Leon Oostrum works on his PhD at ASTRON + U. Amsterdam. His focus is on the search of FRBs with Apertif. 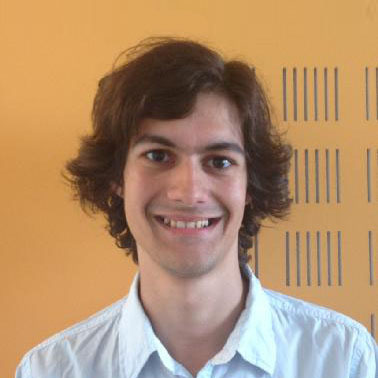 Emily Petroff is a post-doc at ASTRON. Her specialty is fast FRB follow-up. 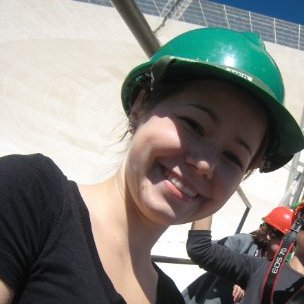 Daniel van der Schuur is the ASTRON firmware programmer in charge of the ALERT beam-formed modes. 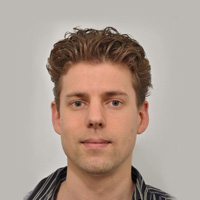 Yogesh Maan, a post-doc at ASTRON, works on fast radio transients in general, and on Apertif commissioning specifically. 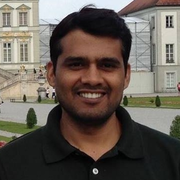 Raymond van den Brink is the current project manager for ARTS, at ASTRON. 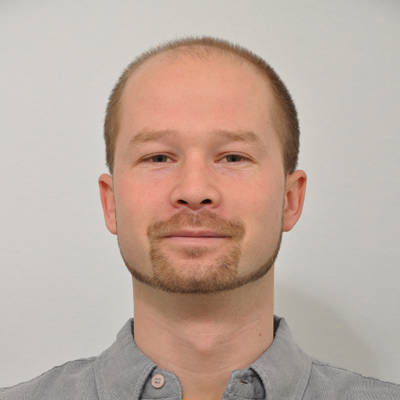 Liam Connor is a post-doc at UvA/ASTRON. Liam works on the commissioning for ARTS and on the FRB expectations for ALERT.

David Gardenier, a PhD student at UvA/ASTRON, works on understanding and simulating the FRB population. 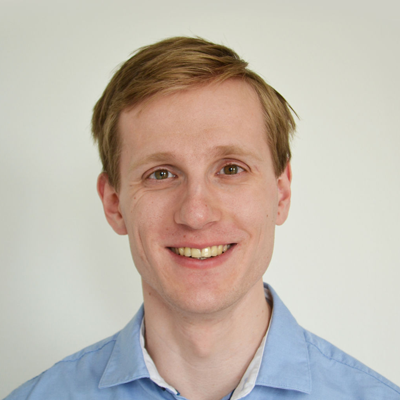 Our dedication to enthusing the general audience through television is quite unique. We co-produced/wrote/presented two series of “Heel Nederland Kijkt Sterren”, an annual prime-time, live astronomy TV show. In our 2016 series for “Klokhuis” we flew from the inner planets out to the Big Bang, showing and explaining along the way: planets and stars, gravity, dark matter (!), dark energy (!), and black holes – for 6-12 yr olds! Over 400,000 children watched the series. For this work van Leeuwen received our astronomical society's Willem de Graaff Outreach Prize.

The various stages for a single scene of episode 2, our fly-by of Saturn's moon Titan: In step 1 (top-left) we wrote out all scripts. We next visualized (top-right) all shots and motions. We filmed for fours days in total, in the studio (bottom-left) and outside. Only after an intense period of editing did the final result appear (our final fly-by of Titan, bottom right)! 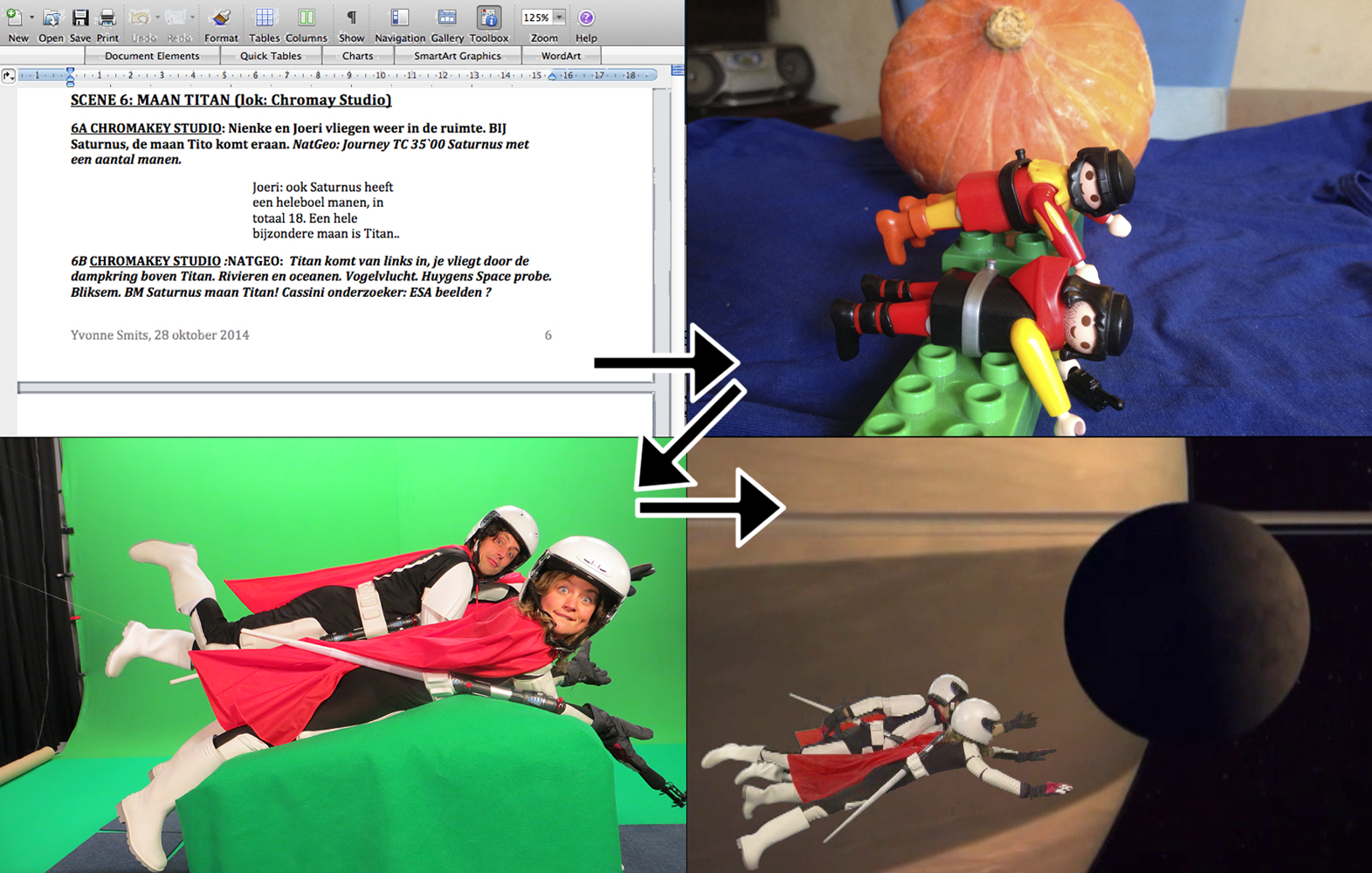 Shows accompanied our premiere on Cinekid, and annually return to the Klokhuis Questions Day in the national science museum NEMO. 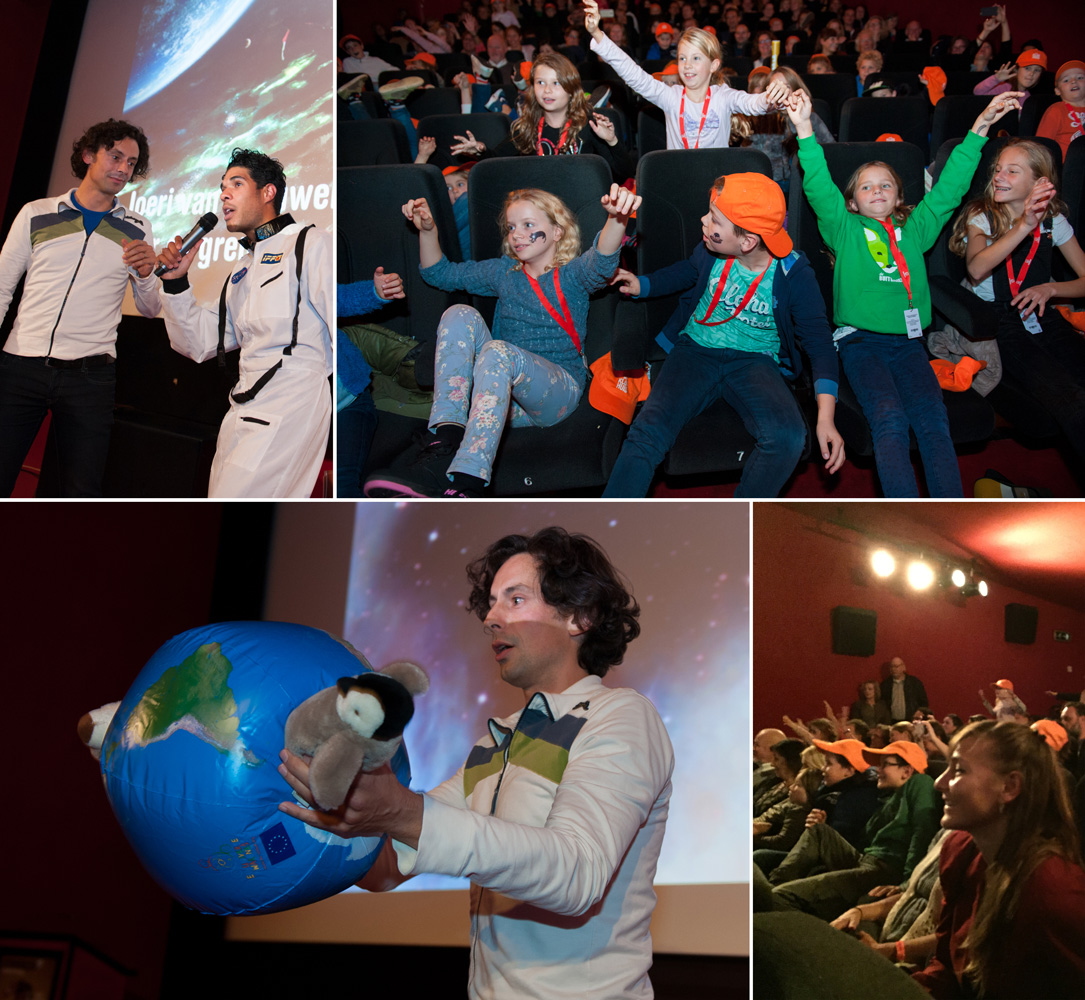 Pulsars are neutron stars, the burned-out remnants of stars that were born more massive than about 8 solar masses. After a short 20 million year life time, such a massive star explodes in a supernova. The core collapses to a neutron star of 1.4 solar mass, while the outer layers are explosively ejected.

The surface gravity of these extremely compact neutron stars, about 1,000,000,000 times the gravity on Earth, is the largest of any object in the Universe. On their surfaces, the magnetic field is 1,000,000,000,000 times that of Earth. The internal densities of ten times nuclear density have not existed elsewhere since the Universe was about 1 ms old. Thus pulsars provide unique insights into strong-field gravity, and into the behavior of matter at supernuclear density.

The combination of this high density and the millisecond rotation periods turns pulsars, neutron stars that emit radio light-house beams from their magnetic poles, into near perfect cosmic time keepers.


By performing high precision timing, orbital and space-time effects can be very accurately measured. In binary systems, such pulsar timing underlies the best-ever tests of general relativity, while constraining alternative theories of gravity. It also provides precise neutron-star mass measurements that limit which equations of state validly describe supra-nuclear densities. Gravitational waves formed by coalescing supermassive binary black hole systems in the centers of merging galaxies continuously pass through the Earth; only the long-term timing of a set of stable high-precision pulsars spread around the sky will in the near future enable the measurement of the stochastic background of such gravitational waves. Statistical analysis of the ages and distributions of large numbers of radio pulsars can provide neutron-star birth rates, and estimates on which fraction of supernovae form neutron stars versus black holes.

For these above reasons, we are embarking on ALERT, a pulsar survey with one of the most sensitive survey telescope systems every built: Apertif / Westerbork.

In 2007, quite unexpectedly, a radio burst was discovered with the dispersion curve and frequency-dependent scattering that is characteristic for a source far outside our Galaxy. Such bright and brief radio emission over an estimated distance of ~0.5 Gpc implies an extraordinarily energetic and compact cosmological origin. What powers these bursts? How do they emit so brightly? What is their origin? Since, a handful more such bursts have been detected, all at dispersion measures that put them beyond 1 Gpc. But as all bursts were detected with coarse spatial resolution and in stored, older data, no immediate follow up was possible. The bursts remain unexplained.

The novel wide-field technique of ALERT will power a cutting-edge fast transient search with Apertif. Bursts detected with Apertif will immediately trigger the ’time-machine’ mode of the LOFAR telescope, for arcsec localization.


This combination of wide field and high resolution is unique in the world. With fast follow-up, the detection of optical, x-ray and radio afterglows can be linked to progenitor objects; while optical identification of host galaxies can reveal the burst birth environments. Finding out what powers these catastrophic bursts could have huge impact on our understanding of the Universe.

ALERT is based at ASTRON and at the Anton Pannekoek Institute for Astronomy of the University of Amsterdam.
Oude Hoogeveensedijk 4
7991 PD Dwingeloo
The Netherlands +31-521-595100 leeuwen@astron.nl